World War I Veterans of Woodlawn 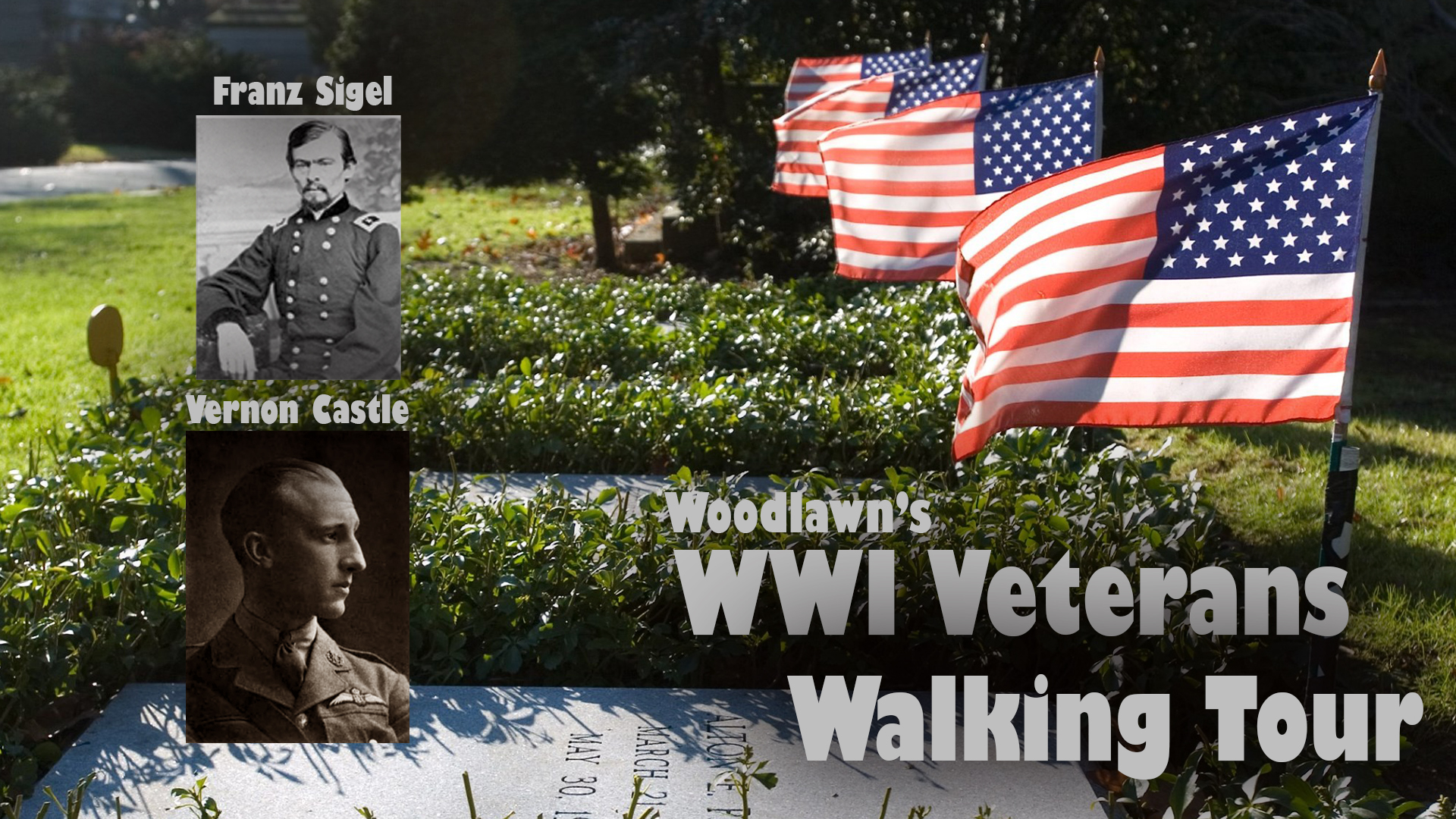 Woodlawn Cemetery is proud to be the final resting place of veterans and dependents of every conflict stretching back to the American Revolution. In the poignant words of General John J. Pershing–commander of the World War I American Expeditionary Forces: “Time will not dim the glory of their deeds.” In honor of Veteran's Day, we invite you to join Kevin C. Fitzpatrick, the award-winning author of “World War I New York: A Guide to the City’s Enduring Ties to the Great War,” for a walking tour of the graves and memorials of World War I veterans, men and women, who served in the Great War a century ago. You will meet enlisted men who served in trench warfare, brave aviators who risked their lives in biplanes, a member of the Harlem Hellfighters, and poor immigrants who were drafted and served their new country with honor. Kevin will have copies of his book for sale, which includes a chapter on Woodlawn heroes.