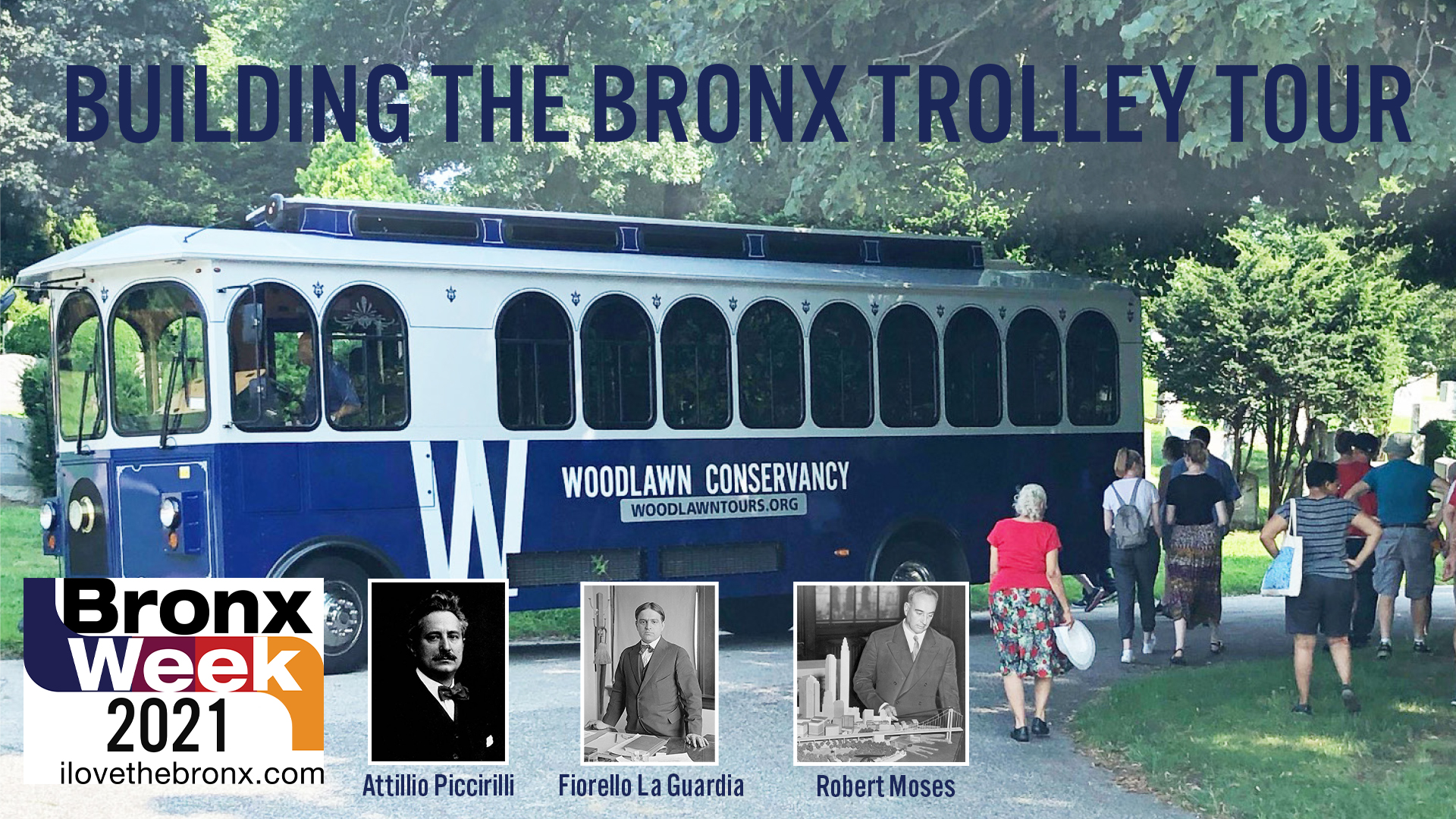 In celebration of Bronx Week, hop aboard the Woodlawn Conservancy's Trolley for a tour of the final resting places of individuals who built the Bronx. May did so, literally like Robert Moses, the infamous urban planning czar who orchestrated the building of roadways, bridges, and parks. Others who rest at Woodlawn, contributed to the borough's reputation as either figures of popular culture or as public servants, such as Fiorello LaGuardia. View the famed monuments by the Attilio Piccirilli, including The Outcast and Fortitutde. Registration is required. Cost $15 per person.